After completing his MBA at LSC London in 2006, Ashwin Ravindran joined Ernst & Young (EY) in Chennai, India as a Risk Advisory Consultant. He had then moved onto AC Nielsen (The Nielsen Company) as a Senior Research Adviser and eventuallyy lead the southern Indian team for conducting market research work on the qualitative side for FMCG, consumer durables and also for the auto sector. He is currently working in Joined UK Trade and Investment (UKTI), the commercial wing of The British High Commission (British Government). His job is to facilitate and help British companies generate trade opportunities in India and also help Indian companies invest in the UK. The role requires him to facilitate huge business wins for British companies and also work closely with the government to understand and regulate policies and framework which benefits both the countries. He currently leads on healthcare sector for southern India and on Renewable Energy pan-India

Gagandeep Manchanda (MBA, 2004, LSC London) has recently started his own business, Protonycs after 10 years of working in the telecommunications industry, More information about the company can be found at www.protonycs.com.

Rajveer Samuel Rawlin (MBA, 2006, LSC London) Associate Professor at Acharya Bangalore B School has his own blog, Ahead of the Curve, offering news and views on Indian and global financial markets at http://rajveersmarketviews.blogspot.in 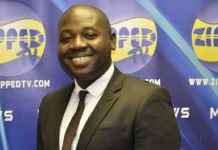