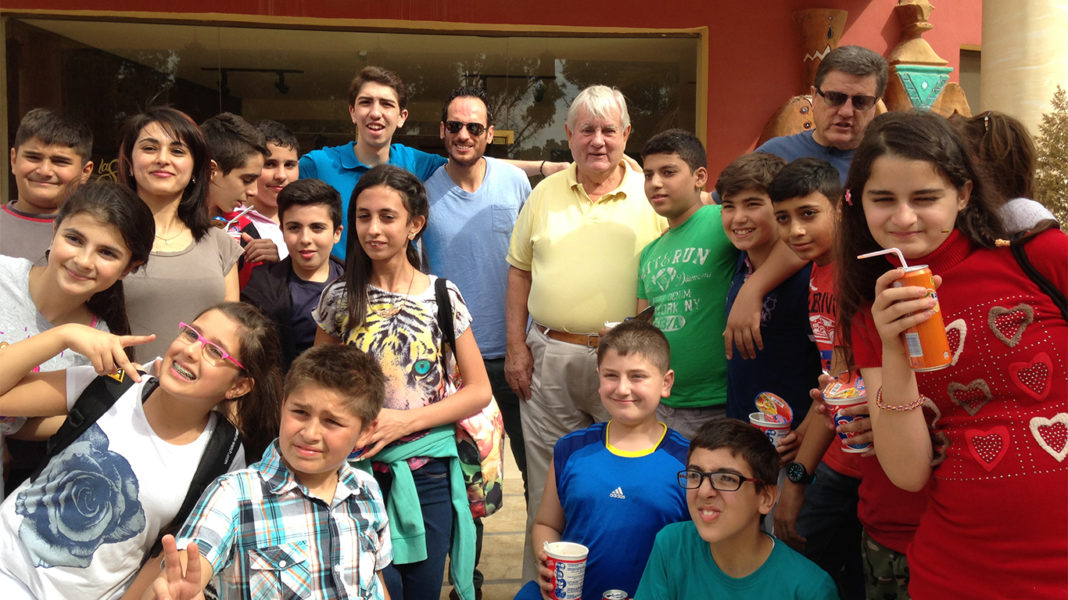 About 10 years ago, the Sisters of the Order of the Holy Rosary, who were running a clinic in the Northwest Province of Cameroon, noticed an alarming trend of deafness within a group of very young children who had been arriving with their mothers for medical attention.

This area of West Africa is quite remote and high above sea level. In any society, children born deaf or hearing impaired may be subject to social prejudice; merely for being unable to communicate with other family members or neighbours. In addition, there is no state education provision for these children, so their chances would always have been more limited.

One of their dedicated nuns has single-handedly changed this situation. Sister Charity Mbarah has combined commitment with entrepreneurial spirit and belief to ensure that the Morning Star School now offers a full school curriculum for children aged 4-11years. The next stage will be to follow through with an extension into Secondary level education for these special youngsters.

The Morning Star School is for day pupils, so during the school holiday periods, Sister Charity and her small team visit families in other parts of the region who have been referred to them for help in educating their deaf son or daughter. Host families are then recruited in the area of Bamenda nearest to the school, so that the children can be cared for appropriately during term-time.

Some of the children are very young, but Sister Charity has now been able to recruit and train teaching staff to use American Sign Language. Passing on this communication skill brings great joy when the children are able to talk and express themselves for the first time.

COPTE became involved with the Morning Star school in June 2010 when we were told the story and how much more Sister Charity would be able to achieve with more support.

In an overcrowded schoolroom with an earth floor children of all ages were brought together for basic lessons and a meal.

Sister Charity had already been granted use of a piece of land on which to build a new schoolhouse and the massive project started in December 2010.

Donations received from COPTE enabled the new school building to be constructed, the sinking of a borehole for fresh water supply, water tanks were installed, a safe electrical supply and the playground levelled.

The foundations for the boundary wall had to be especially sturdy as the perimeter at the rear of the property is next to a fast flowing river. During the rainy season up in the hills, this could be very treacherous for deaf children who cannot hear the danger!

So, with all these new facilities, more children with very special educational needs have joined the school and continue to thrive under the guidance of Sister Charity and her staff. The new school had its first Graduation ceremony in June 2011.

As the children grew, the Sisters of the Holy Rosary began to realise that post-primary school education both in academic and vocational skills should be the next logical development for the Morning Star project.

So, again with help from COPTE, Textile and Woodworking workshops were started in December 2011 for the use of the older pupils.

To date, almost all of the school furniture has been manufactured by the pupils, whilst other items, from bedlinen to bananas are sold within the local community and have helped to part-fund the purchase of a second hand school bus.

This bus has been essential as many of the children have been walking several miles to school and back each day.

The Morning Star School is now gaining a reputation as one of the best primary schools in the area and whilst this is a great compliment to Sister Charity and her team, this success will also bring its own challenges.

Every centime donated to the Morning Star school is put to excellent use to help these special children who are always keen to dance and play football.