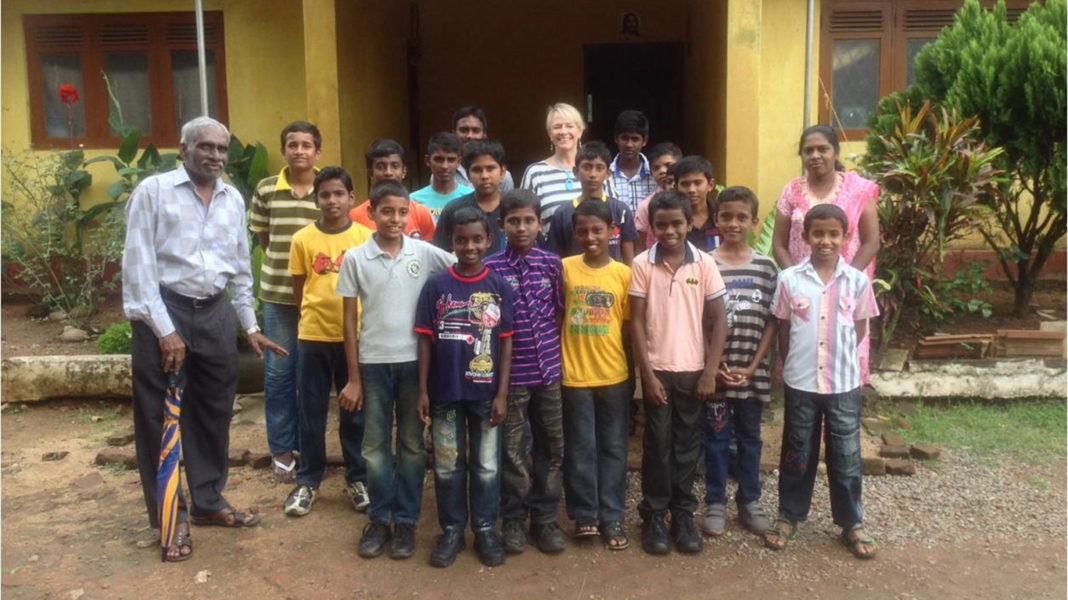 A recent exciting day trip for the boys from Maw Sevana was spent at the Go Karting track and then afterwards at Macdonalds in Kotahena. Making sure that the boys are given every chance to experience the joys of different sports, COPTE has also ensured that they had a new supply of footballs and two new bikes.

In May 2015, I had the privilege of visiting the Maw Sevana Boys’ Home while I was in Sri Lanka attending the BSC Colombo graduation. Maw Sevana is one of the three educational projects that are currently being supported by COPTE. Set up by the Legion of Mary, a global lay people’s organisation based in Dublin, Ireland, Maw Sevana first opened its doors in 1974 and has been a safe refuge for street orphans ever since.

The boys live in shared dormitories with a matron, or ‘house mother’, in each of the two houses. New shower and washing facilities have recently been installed with COPTE funding. There is also a study room with an adjoining IT room, where the boys have extra tuition and computer training. When they are not studying, the boys enjoy a game or two on the cricket pitch in the garden.

On the day of my visit, I arrived just before lunch time and the tables in the dining room were already set and where lunch was cooked and waiting in readiness for the boys to return from school. Very soon, the boys started arriving from school. They must have been tired from their school day and the midday heat but they were also beaming and excited to see a familiar face from LSC, Charity Foundation Manager, Gill Phillips. Gill had taken them on a go-karting trip two days earlier which ended with a trip to Macdonalds which the boys thoroughly enjoyed.

I had a chat with some of the boys while they were waiting for all the boys to return, because only then would lunch be served. Even though their English was limited and my Tamil and Singhal non-existent, we were well supported by my able translator, BSC Colombo Marketing Officer, Gihan de Silva. There were lots of smiles, some giggles and even a selfie. Soon after, I left them to their lunch and afternoon tuition sessions. Even though my visit was short, it has left a deep and lasting impression on me. It reminds me of the words of Julius Nyerere, former President of the United Republic of Tanzania that “Education is not a way to escape poverty – It is a way of fighting it” and that is exactly what COPTE support for the Maw Sevana Boys’ Home is trying to achieve.