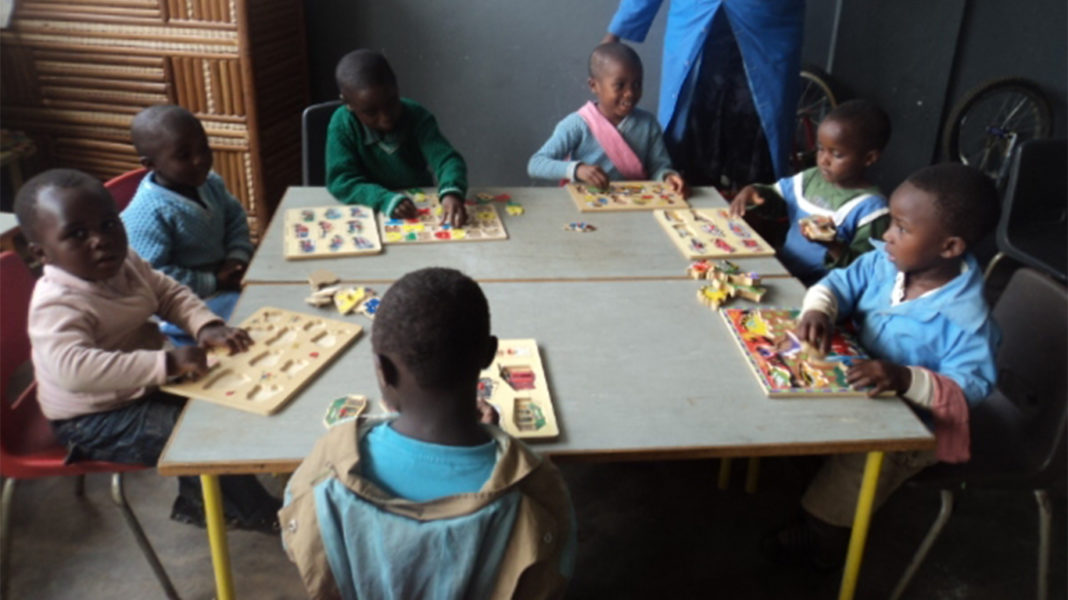 The school was founded in 2008 when it was realised that there was no state educational provision for deaf or hearing impaired children in Cameroon. Following the donation of a plot of land by the Catholic church, the COPTE charity foundation supported the building of a new school which currently has 108 pupils from the North-west province of Cameroon. The pupils are hosted by local families during term time and educated to primary school level by teachers who have all been trained to work through the medium of American sign language.

Since 2010, the level of educational attainment has increased year on year and now there are plans to extend the school to accommodate the pupils through their Secondary School education.

These recent photos show a very proud Graduation Day for the two very first pupils who were educated at The Morning Star school and then Secondary school in Nigeria, again with the support of COPTE. The two older pupils, Charles and Emilia, were the inspiration for this wonderful project. We are very proud to say that they will be starting their ‘A’ Level courses in September 2015.