The London School of Commerce Malta (LSC Malta) first opened its doors to students in June 2014. “Malta is a growing educational hub and we want to offer educational opportunities to students not just from Malta but around the world as well” says Mr Tim Andradi, CEO of the LSC Group. Offering cost-effective and accelerated full-time and part-time MBA programmes validated by Anglia Ruskin University, these programmes allow students to achieve British qualifications with flexible entry and exit points throughout the year enabling them to proceed to the next level of their education smoothly.

The LSC Malta English Language Academy is an extension to the Business School, giving students who do not have the full English language requirement the chance to top up their English prior to joining the MBA programme.

About half are local Maltese students and the other half are international students. The numbers of full-time and part-time students are also evenly split. The academic team is made up of a group of professionals who teach on a part time basis to ensure that the learning students receive is relevant to business and stands up academically.

The campus is located in the vicinity of the historic city of Valletta, which is a UNESCO World Heritage Site, and within easy reach of the Island’s main transport hub as well as a multitude of historic landmarks, shopping centres, leisure zones, and entertainment locations.

Malta is a small island in the heart of the Mediterranean between Sicily and the North African coast. The island measures 27km in length and 14.4km is with a population of slightly over 400,000 people.

Malta had a crucial strategic role during the Crusades because of its geographical position. The Maltese flag features the George Cross because Malta was awarded one for their bravery in World War 2.

Dr Joseph Muscat, the Prime Minister of Malta is the current Chair of the Commonwealth

Many of the Maltese churches have two clocks, showing different times. It is said that the one on the right shows the correct time for the religious locals, while the one on the left shows the wrong time to confuse Satan from disturbing the mass.

A submerged archway and underwater structures have been discovered off the coast of Malta and lead to believe that Malta was in fact the legendary city of Atlantis. 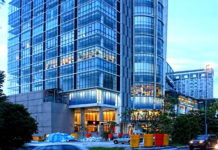 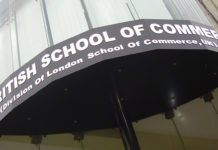 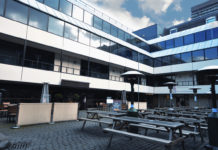 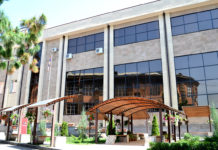