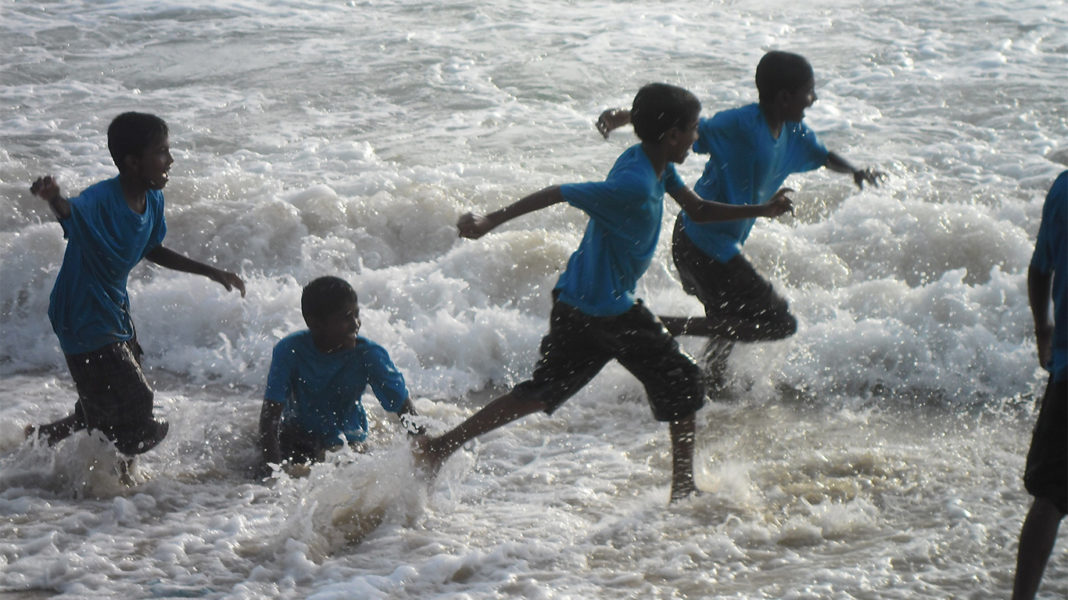 The Boys’ Home at Maw Sevana was founded originally by the Legion of Mary, a worldwide lay people’s organisation with its headquarters in Dublin, Ireland. Back in early 1973, the Legionaries in Sri Lanka realised that while there were some homes for girls in the Convents, there were virtually no homes for boys. They set about establishing a home for destitute boys. Their initial plan was to put up two cottages each to house 10 boys under the monthly care of a matron, a pantry and a dining room. In December 1974, Maw Sevana unofficially opened its doors to two little 8 year old boys as the buildings were not yet completed. After the completion of the first stage of its buildings, Maw Sevana was officially declared open on the 5th June 1976 by His Excellency Archbishop Carlo Curis, Apostolic Nuncio in Sri Lanka.

The footprint of this is still very much evident today. The boys who live at Maw Sevana are cared for in a safe and secure environment by house matrons and a dedicated team of Trustees. Accommodation education, clothes, food, medicine and recreation are all provided by Maw Sevena at no cost to the boys.

LSC first became involved with the Maw Sevana project in 2007 when it was realised that growing boys need new school uniforms every year and a traditional Christmas Party. This pledge has been maintained since then with Christmas gifts and toys for the boys each year and the provision of additional facilities to ensure the wellbeing and education of the children including renovations to the Study Room, the provision of computers and training classes, the improvement of toilets, the installation of showers and bathrooms, and extra tuition classes for the boys.

All the boys attend local primary and secondary schools until 1pm and then a series of tutors provide extra help in Maths, IT and English during the afternoons. The younger boys are given guidance with basic literacy and numeracy in a purpose built schoolroom funded by COPTE. The IT facilities have also been refurbished and the latest addition has been a new television with satellite channel connection and DVD player. The boys also have occasional day trips to the beach or activities like bowling and Go Karting. Each of these days will often end with the ubiquitous trip to one of the more well-known fast food outlets.

The boys live at Maw Sevana up to the time they finish formal schooling. In the last 40 years, boys leaving Maw Sevana have found jobs as trainees and apprentices and moved on to live their own lives with a greater hope.